The convergence of new retail technologies, new customer behaviors and emerging techniques for channel integration are collectively changing retail before our very eyes. What’s more, over the next few decades, advances in “non-retail” technologies will radically change how we live as human beings. The accelerated pace of change is reaching a “dizzying” pace and, as we adjust to the implications on-the-fly, the retail industry needs to adopt new approaches in order to keep up, let alone thrive.

Future Shock, Alvin Toffler’s seminal work of prescience, applies today more than ever. However accurate Toffler’s predictions, Douglas Rushkoff’s recent book Present Shock asserts that we live so much in the moment, the future appears to be irrelevant, or at least not as important as the next two minutes. As such, many believe we are witnessing a huge paradigm shift in how customers fundamentally behave. And it is not just about retail- these shifts reflect how we act as human beings.

What will the consequences be in a post-paradigm shift world? As was the case with previous paradigm shifts throughout history, such as the shift from nomadic existence towards an agricultural paradigm, or more recently, the industrial revolution, behaviors are not only the catalyst for change, they cause their own destruction as new behaviors are formed. And these behaviors are largely responsible for new technologies that accelerate change further. Indeed, these are the Gathering Forces.

With all the advancements we’ve made over the eons, our current development will appear adolescent when compared to a quantum change we’re in the midst of. We all know that the PC and the internet have resulted in changed behavioral patterns (in about 30 years), but look at how much impact the smartphone or tablet has had- it makes the PC a granddaddy (in only 5 years). The next version of the internet, Web3.0, will have the same effect, adding personalized meaning to each on-line behavior. When combined with emerging “Big Data,” predictive analytics and social networking, the relationship we have with the internet, just a few years from now, will render today’s internet a Gutenberg Press. The operative word is “relationship” – one that is both enabled by and symbiotic with the internet.

And then there’s Gaming. A virtual domain that makes an escape novel something that the un-evolved species reads. Immersive, interactive and Super-Real. While Gaming has been the playground for twenty somethings for decades, it is coming of age for mass deployment. And don’t think for a minute that advertising strategists don’t know that means a new medium. Just as soon as we literally immerse into these virtual constructs, the retailer has a new place to meet the customer.

To make matters more interesting (as if they were getting boring), 3D printing, Haptic Technology (virtual sense triggering) and body scanning will change how we manufacture, how we touch, feel and taste on-line and how we try on clothes. The distance between “inspirational idea” to manifestation and use may be as short as across the hall in your house.

With just one step and not requiring a huge leap of faith, consider the combination of these forces relative to what retail will become. The retail of tomorrow will be vastly different- and in 10-15 years, it probably will be unrecognizable. And while there will be backlash and customers that will try to hold on to the “old way,” eventually our world will recognize that the benefits, value and delight of engaging in the universe of virtual retail will outweigh the cons. As a consequence, bricks & mortar stores will win in direct proportion to their ability to learn from virtual retail (the reverse of today’s common sense).

Thus is the nature of a paradigm shift. At first, chaotic, disorienting, scary, even maddening. Followed by acknowledgment and eventually, adoption as the norm. So, this is a torch of hope for all those creative minds that see opportunity for this new paradigm to be fundamentally human. Evolved, to be sure, but personal, enriching, dynamic and delightful experiences. Because, as we’re again recognizing, that is bedrock of being human.

Bruce has advanced as a leader and design thinker with the singular goal of subsidizing his Guitar Acquisition Syndrome (G.A.S.). An avid Space Cadet, living life at the intersection of futurism and realism, As Chief Innovation Officer, Bruce relishes opportunities to reconcile the ridiculous and the sublime – causing his family and Little's, great bewilderment and/or entertainment value. And causing Bruce to buy more guitars. 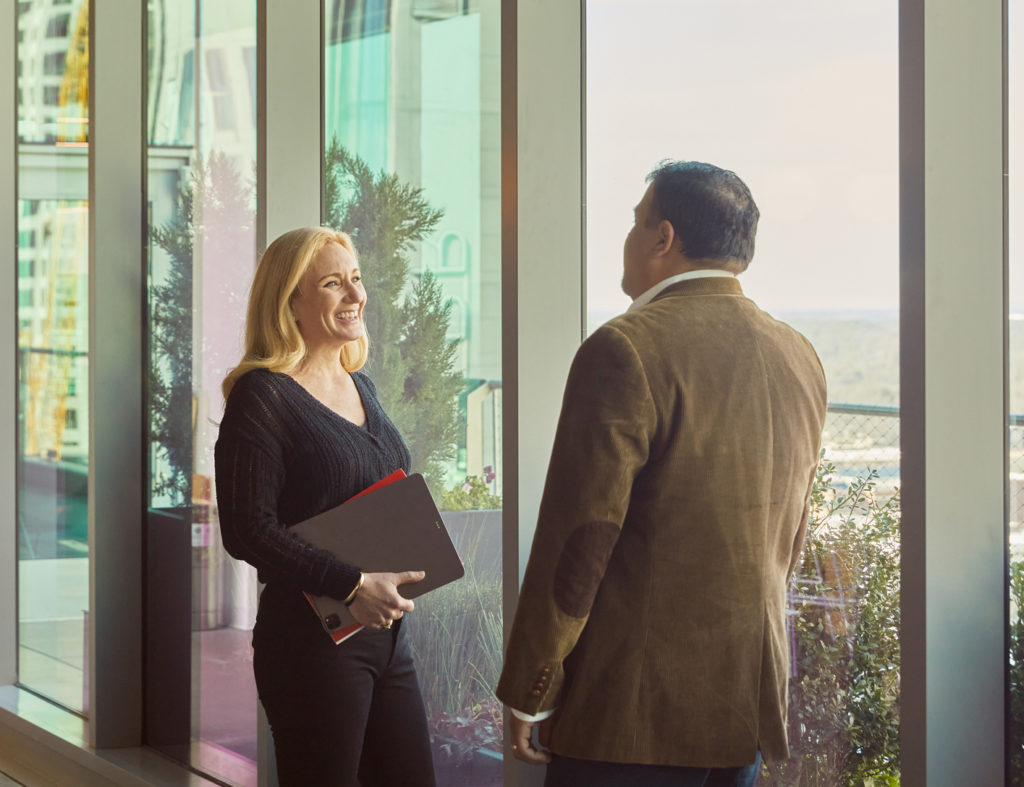